Reflections on a Season not Hunted 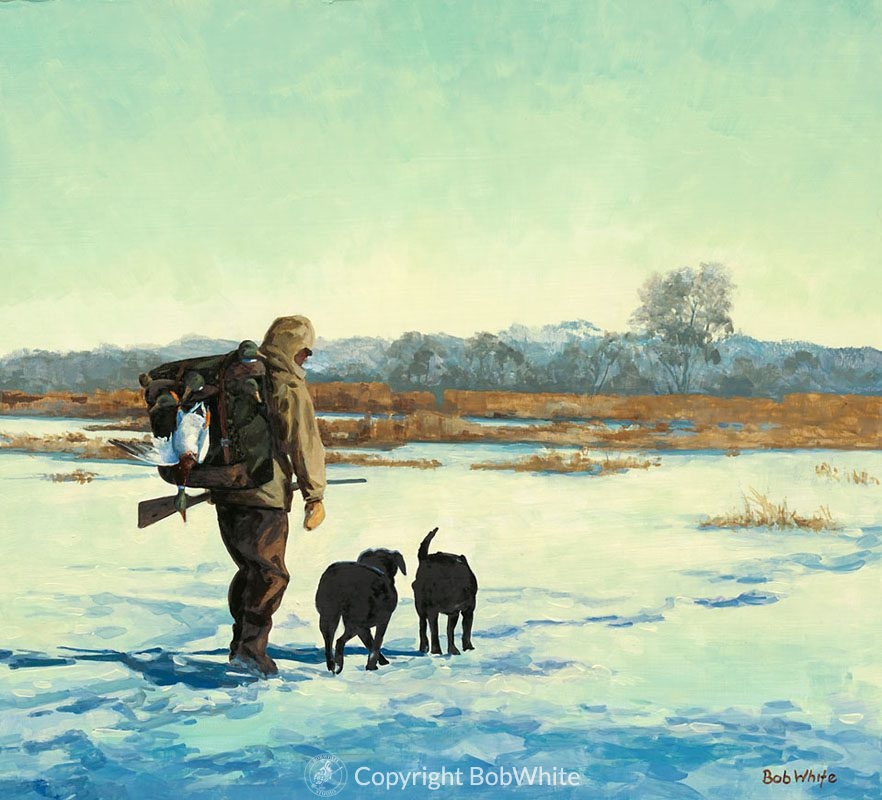 When I was a boy, the year was divided into just three parts. In descending order of importance they were; the hunting season, Christmas, and the rest of the year.

Once I was old enough to drive and began exploring the local river bottoms, duck hunting became my singular passion. Everything about it appealed to me. It was romantic to be awake in the hours before dawn, while the rest of the world slept. It was exciting to be on the rivers and in the flooded timber; wild and dangerous places in the extremes of winter. Perhaps, most importantly, the birds were migrants from mysterious and distant lands. I fell in love with duck hunting for the same reason I prefer to fish moving water. It’s said that you can never step into the same river twice. Likewise, a duck marsh is in a constant state of change with weather and migration.

I hadn’t fully appreciated how important duck hunting was to me until, a few years ago, I decided to give it up for a season. The decision wasn’t made lightly, nor was it welcome.

My wife, Lisa, manages to balance my passions with the precarious living I make as an artist. The second floor of our home had tipped the equilibrium, however. I’d gutted it seven years before to prepare a nursery for the arrival of our daughter, who was now six years old. My time and focus was needed at home.

Although I didn’t hunt that season, I still tasted the wind and gauged the weather every time I went to the woodshed. My snow-bound canoe hadn’t moved from its resting place under the cedars, but my heart still thrilled to think of meandering my way through the labyrinth of channels in the marsh. My eyes still searched the evening sky.

Just as we sometimes take our loved ones for granted, forgetting the small things about them that are unique and special to us, I found that not hunting for a season inspired me to reflect upon what I love most about spending time in the marsh.

Certain sparks were predictable of course, like watching a pair of mallards twisting through the trees to land on the brook behind the studio. Others were more subtle and interesting.

These were some of my most poignant recollections.

Waking up to the sound of Luke’s tail thumping in the darkness. Certainly he’d known that we were hunting; he’d watched my preparations. How did he know that it was time to awaken? Did he hear me stir, or had he been waiting all night?

The smell of that first cup of coffee; it smells different standing on the back porch in the darkness before dawn.

The feeling of being alone, awake before the rest of the world.

I missed the pre-dawn moan of the wind through the limbs of the ancient white pine that guards our home.

A dark, low, woolen sky spitting sleet, and the sound of it on the tin roof of the woodshed.

Water dripping off the end of my canoe paddle, and the reflections of the night sky, distorted by the wake of my passing.

The sound of gusts, coming suddenly through the flooded timber driving wind-devils across the water.

I didn’t realize how much I cherished the slow eventual greying of dawn.

The lonely calls of crows over the marsh, as they seemed to paddle their way across the sky.

I missed the smell of wet wool, a wet dog, and pipe tobacco.

I’d forgotten about the times I gathered marsh hay in my blind for the added warmth… and being grateful for the warm retriever beside me.

Luke’s whines when he spotted birds on the horizon I hadn’t yet seen.

I can close my eyes and hear the ripping-silk sound of unseen ducks as they fall from the sky.

The sounds of shot shells falling to the floor of the blind as I desperately try to reload.

Nothing tastes as good as a nearly frozen liverwurst sandwich and a barely warm boiled egg!

The wind showering the river with maple leaves as I paddled through long afternoon shadows.

I remember the quiet sound of falling snow on still evenings.

Watching dusk creep across the marsh and up the bluff. The rusty reds of the oaks deepening to ruby and orange while the shadows turn into pools of ultramarine and purple.

I missed the calling of swans, and the knowledge that the last of the northern birds will soon follow.

I miss the satisfaction of birds hanging under the eave of the back porch, a perfect kinetic sculpture twisting in the wind.

I remember the smell of roasted duck and the sizzle of dripping fat. The earthy aroma of wild rice and butternut squash, and the sound of a long cork pulled from a bottle of Argentine Malbec.

I still recall Luke’s tail thumping on the floor in the living room as he chased ducks across his dreams.

Later, in bed, while following the twisted thread between consciousness and my dreams, I realized that the most poignant stories about hunting aren’t written during the heart of the season, but after it’s end… just as the truest love poems are composed in the absence of a lover.

Luke’s been gone for several years now… but I still awake to the thumping of his tail and his muzzle gently but silently on the bed next to my face.

There are no more ducks in the freezer, none hanging on the porch.