Sneaking Away… In Argentina 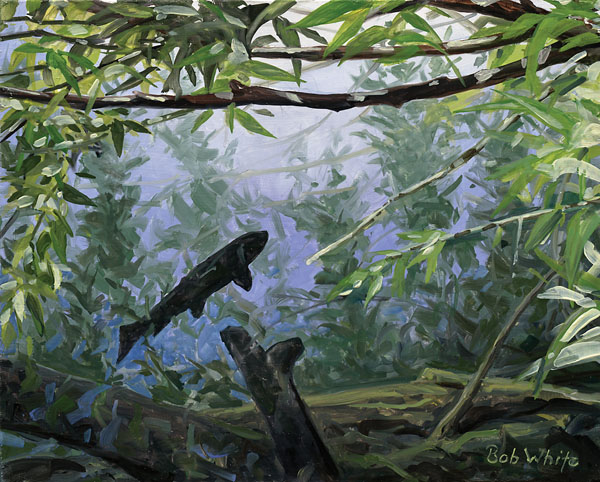 When we host a trip, Lisa and I take our roles very seriously. We spend every day with a different pair of fishermen and help the guide however we can… usually we’ll take one of the two, so that each gets individual attention for the day.

When we have a group of really strong fishermen or the fishing’s goofy-stupid, we have the opportunity to sneak off and get in some fishing on our own. That’s why it’s sometimes called a “working vacation”.

There’s a particular tree, in a certain bend of the river that shelters any number of cagey old fish… fish that are impossible to catch in the usual manner. It’s one of the first places on the Malleo River that I showed Lisa, before we were married, and whenever we can, we like to sneak off and check-in on these guys… just to watch for a while, or take a few photos for a small painting.

We’ve never taken one of our fishermen to this place because it’s a lot of belly crawling, and watching and waiting. There are a million ways to mess it up… and only one chance in a thousand to get it right; it’d be a nightmare for most people.

While we were watching the trout slowly cruise around the pool, Lisa asked me why I’d never fished to them myself, and I told her, that to be honest… it’s so much fun just to watch, that it never occurred to me to try and catch one.

I asked Lisa if she wanted the honor, but she passed, and insisted I give it a try. 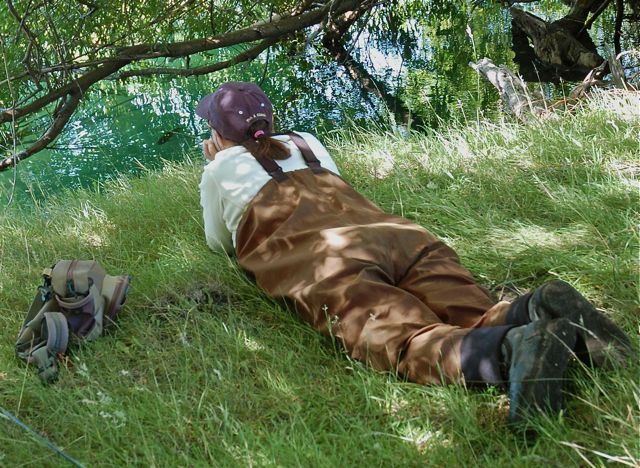 There were four fish daisy-chaining around the pool, way too many eyes to make any serious attempt… but one old rainbow seemed to be dominate, and he regularly chased the others off. 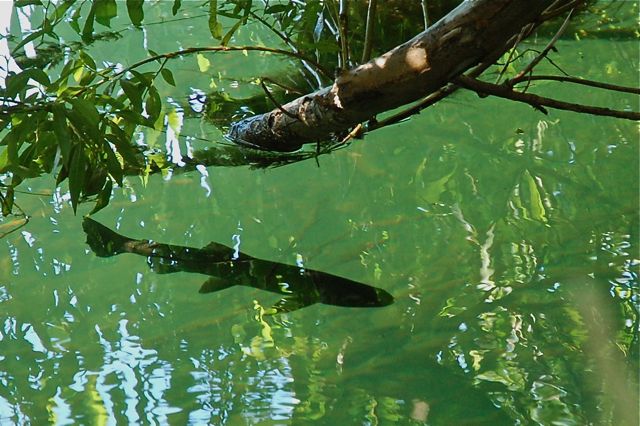 We decided on a nymph, and waited until the dominant fish chased all the others away. When the pool was empty, and before he returned, we crept into position. Once the rod was out and over the water, I slowly lowered the fly into the path of his regular circuit. We waited until he came back, and… bingo! 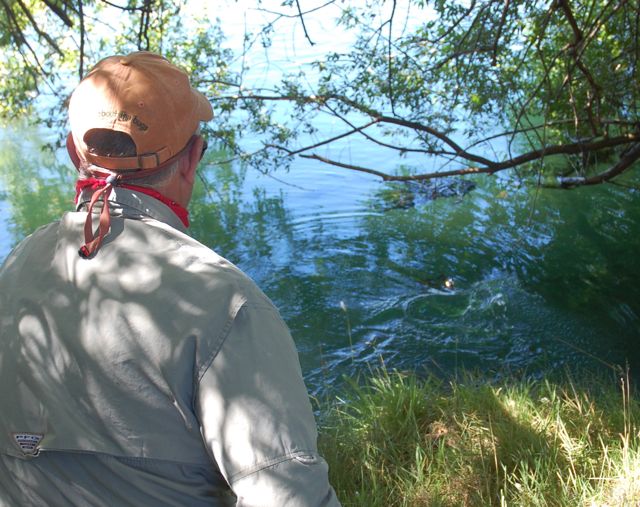 Now what? We hadn’t really thought it through to the end… when the fish was played-out there was no room to raise the rod and land him. Finally, I hand-lined him close enough to release. 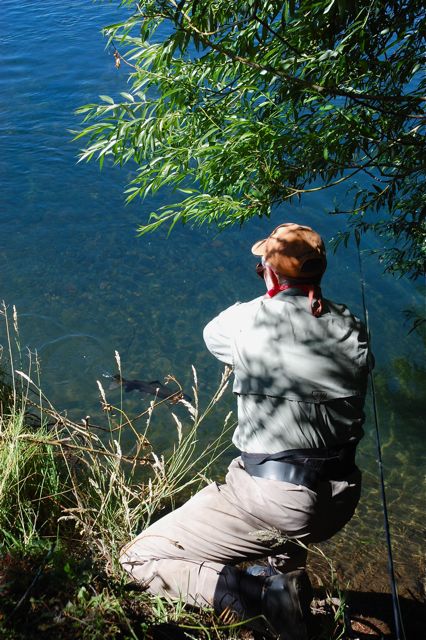 It’s nice to make new friends out of old ones! 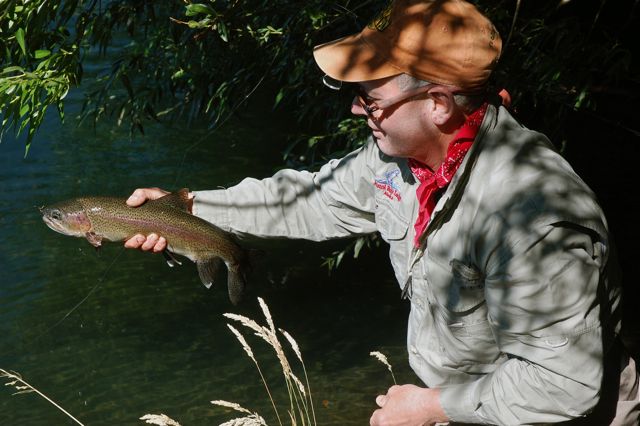