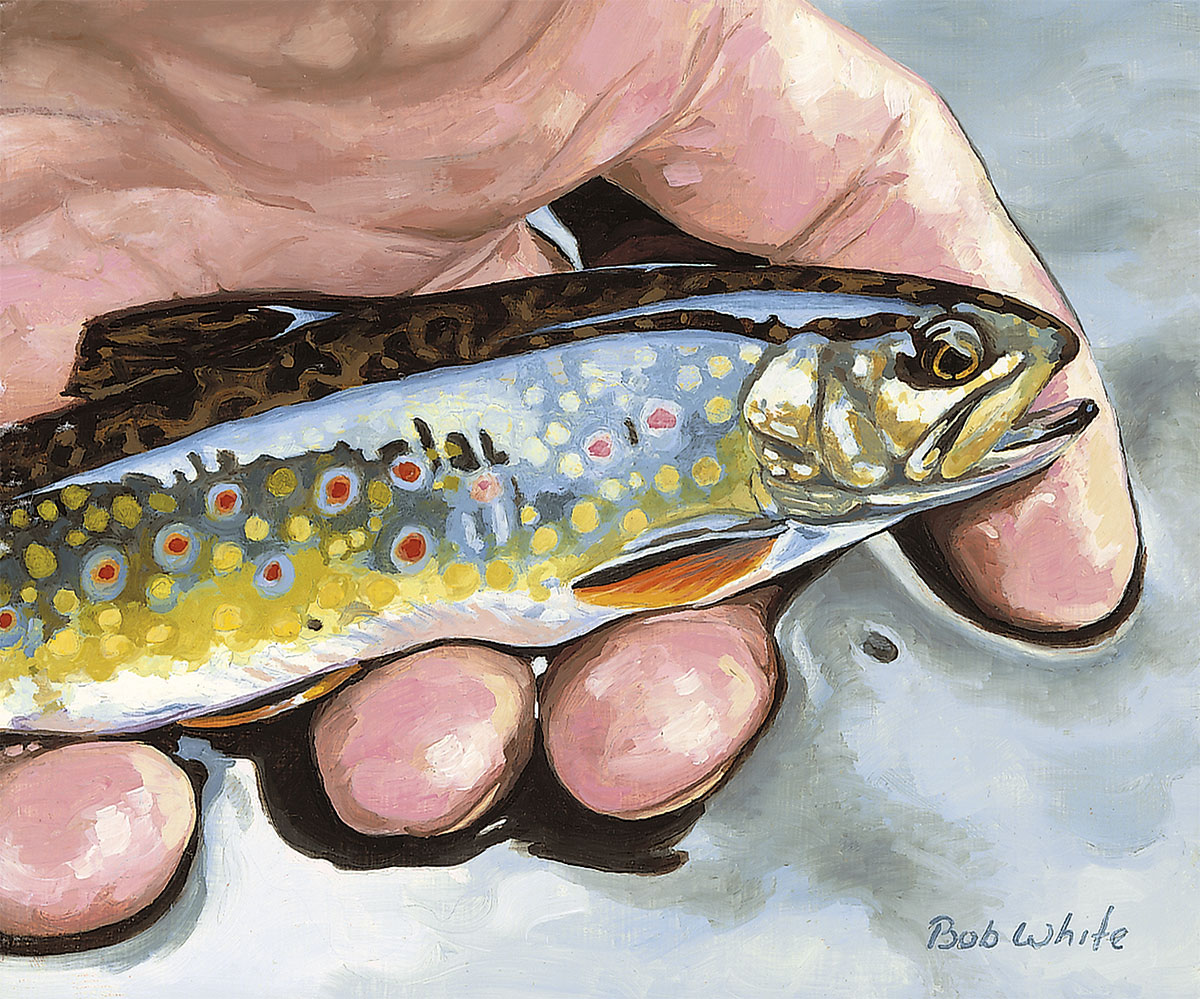 “Some are born who never need them,
Others still who never read them, signs.”
– Neil Diamond
The signs started a few weeks ago with the first softening of the snow.

My early morning walk for an armload of firewood revealed a winter dawn, frozen, still and silent. When I returned to the house for lunch there was a faint whisper, so distant and remote, that I didn’t recognize it for what it was, and in the short time it took to eat a sandwich the climbing sun had softened the snow. On my way back to the studio I could clearly hear it; tiny, hidden rivulets of running water under the frozen path.

By late afternoon the snow had retreated to its final redoubts in the shade, and at dusk a lowering fog settled into the valley. It was cold, damp, and smelled of rotten snow and thawing earth. By the end of the week the temperatures were in the fifties, and my heart soared with the warmth, only to be crushed under nearly a foot of heavy, wet snow the following day.

A deep-winter storm has purpose; it rushes violently over the land, hard, clean and dominating; it has no scent. This last late-season snowstorm was different; this snow was soft, temporary and transitional; it smelled ripe. As I shoveled a path through it to the studio, I listened to the trill of robins and cardinals and smiled to myself. The signs were becoming stronger.

The snowman in the backyard sagged and mixed with the last of the snow that dripped from the rooftops and irresistibly made its way to the little brook trout stream behind the studio. Long strings of geese and swans flew overhead, anxious to stake their claims on the northern prairies. Those that chose to stay behind sat on the still-frozen ponds and patiently waited. These signs, and many more, will build and finally become bigger than their total sum. They’ll become spring.

I’d just returned from my daily walk to the post office, which takes on a more circuitous route once spring arrives, to find my friend Tony standing in the driveway talking with Lisa. “Let’s go fishing,” he said as we shook hands. “The trout lilies are getting ready to bloom, and we just might catch the front end of the grey-caddis hatch.”

I looked at Lisa expectantly and she smiled. “You boys go ahead and play,” she said. “I’ll make some dinner for you and put it in the fridge.”

On the way to the river I asked my friend about the trout lilies and its relationship to the grey-caddis. “How’d you figure out that one,” I asked. “I’m impressed.”

“The only real relationship between them is in the timing of their emergence,” he said. “You probably notice phenological relationships when you’re duck hunting.”

“You know, the interactions and relationships between the first occurrences of natural events in their annual cycle.”

“It’s ancient, people have been paying attention to it forever. I bet you do it when you’re on the marsh,” he continued. “For example, you probably notice that the blue winged teal start moving…”

“When the river maples start to change.” I answered.

“Right,” he said. “And, the local birds are usually all gone by…”

“You’ve got it. Everything in nature is an indicator for something else” he said. “It’s all related.

You should read, The Phenological Fly, written by Bob Scammell,” Tony continued. “It’s a book about when hatches occur, but it’s not the usual ‘hatch chart’. It connects the hatches to what’s going on around you on the water.

“Trout Lilies bloom within a day or two of the Grey Caddis emergence, and this is generally within a few days of April 20th, but don’t quote me on it. Unfortunately, it doesn’t seem to be a very good predictor because this hatch is so short-lived. By the time you see them, it’s either underway or behind you. If we see a lot of blossoms this evening, then we’ve probably missed it.”

“I thought that Mother’s Day was the indicator for the grey-caddis,” I said.

“In some parts of the country, the grey caddis is called the “Mothers Day Caddis”, but around here I think it’s all wrapped up by then.

Trilliums bloom in mid May,” he continued. “And signal the coming of the sulphur hatch. In my mind, the trilliums are synonymous with good fishing; lots of insects, including terrestrials, have begun their year.”

“How about the spring woodcock migration?” I asked. “What does that signal?”

“Around hear, when the woodcock do their courtship flights, it’s a good time to be at Steelhead Camp. I associate them with early morning walks into the Brule River. I also remember reading on a scrap of paper tucked in an old book that a good time to fish for steelhead is when the leaves on an oak are the size of a mouse’s ear. I’ve never really had that one work for me, though, since I’m not sure which oaks to look at. I think the best time to go fish steelhead,” he concluded, “Is when the water conditions are right.”

“How about morels?” I asked.

“Morels seem to be more connected to rainfall and temperature than annual timing. I haven’t had much luck finding them from year to year so I don’t really use them as an indicator.”

“Bluegills are on their spawning beds about the time the yellow irises start to bloom and they’re usually finished by the time the purple irises are done. I associate the lilac bloom with largemouth bass being on their beds.”

“How about indicators for the hexagenia hatch?” I asked. “That’s always a tricky one to call.”

“Boy, I’ll say,” Tony, answered. “The orange day lilies bloom remarkably close to June 21st every year, and I can generally use that as a sign that the Hex hatch is close, but I’ve seen it precede the bloom and vary quite a bit from one body of water to another. A friend of mine in Michigan claims that the hex hatch begins when the whippoorwills begin calling

By the time the day lilies bloom the ‘spring hatches’ are behind us,” he said. “It kind of marks the end of spring for me. The orange tiger lilies blooms one month later, remarkably close to July 21st, and is a good sign to start looking for Tricos.”

“It’s kind of sad to think about the end of spring already,” I said as we pulled into a parking spot along side of the river. “I don’t want to rush it.”