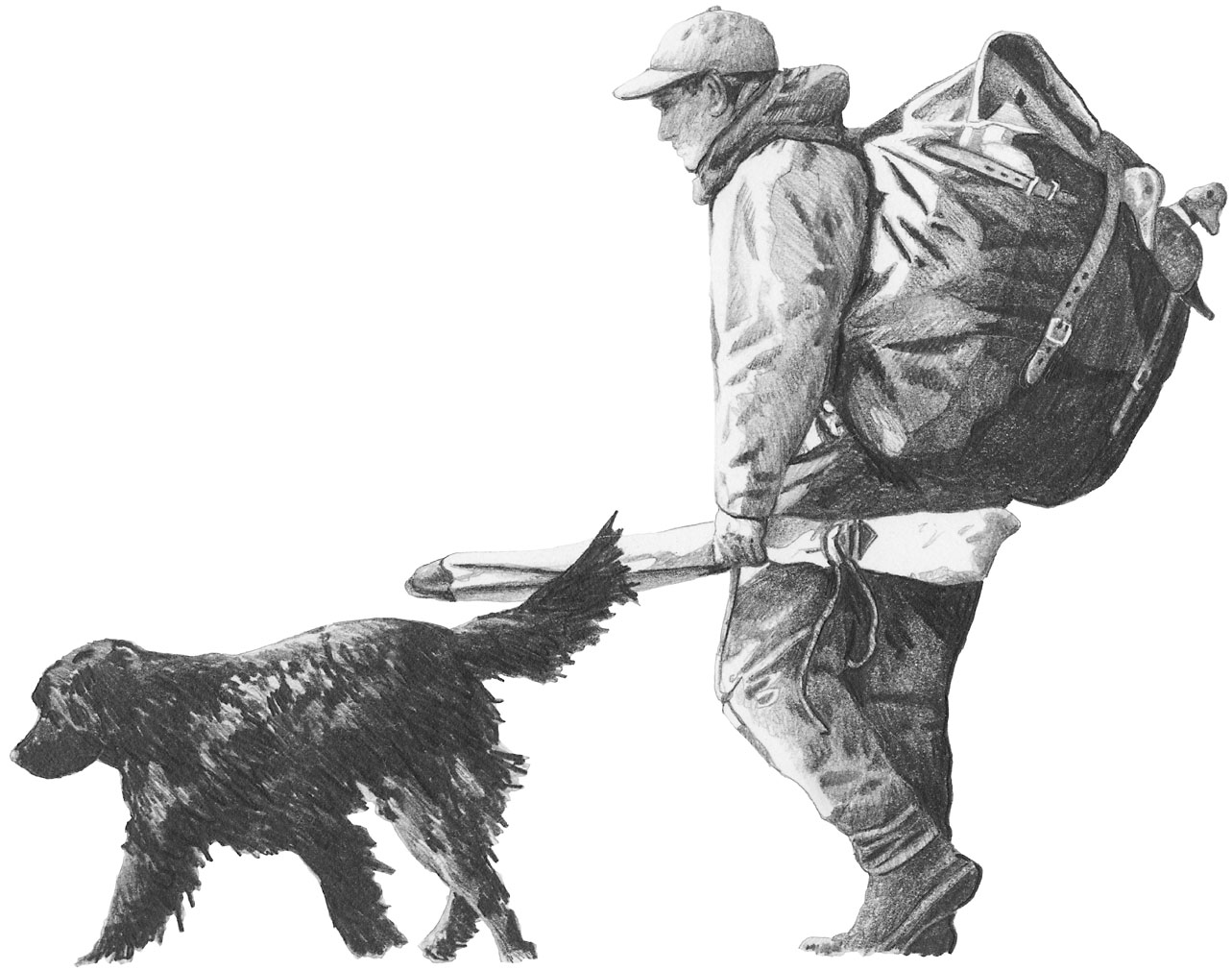 “Death doesn’t really worry me that much. I’m not frightened about it… I just don’t want to be there when it happens.”
~ Woody Allen

Luke’s tail thumped in the darkened corner of the cabin as I sat up in bed. The digital clock blinked 5:05, and there was a mug of hot coffee on the “Blazo Box” Lisa and I used as a nightstand.

As I drifted off to sleep the night before, the marine forecast promised a perfect fall day, but called for a big storm to hit Bristol Bay by late afternoon. It would bring low ceilings and high winds. “No problem,” I said to Luke. “We’ll be back from our duck hunt before anything serious, and have a tail wind both ways.”

The flight to the coast was quick, and the salt marsh below was full of promise. As the pilot circled, we worked out a plan. “I’ll drop you off on the east side,” Steve yelled over the big radial engine. “But, I’ll have to pick you up on the west. Be ready to go… we’ll want to get out of there quick.”

A few moments later, we were walking to a blind that would be perfect when the wind shifted and the incoming tide forced all the birds off the mud flats. Luke led the group with hackles up; his way of telling me that a bear had recently passed.

I love Alaskan salt marshes, the smell of mud and the sea, and the lament of the wind in the undulating waves of grass. Dowitchers, godwits and yellow-legs sailed downwind screaming at us as we made our way. Some ducks, mostly widgeon and pintails, traded back and forth. It was good to be back.

As the tide came in, more birds of every kind were in the air. “Low and left,” I whispered. “Let them pass and come back ‘round.”

There was the sound of tearing silk as the birds rocketed past, and Luke and I instinctively made our selves small, rolling our eyes to follow their flight. A shot rang out, followed by two more and a cacophony of swearing. One of the hunters, (call him ‘Tennessee’) and I were still down. The other guy (call him New Jersey) stood with a smoking gun, as he dug in his coat pockets for more shells.

Out past the decoys, a single green-winged teal kicked at the sky as it drifted toward the far side of the marsh. “Nice shot.” I said. “Luke, fetch it up!”

Luke eased himself into the water, and I was about to ask the other guy to wait on his shots, when I noticed Luke whining and circling the bird. He started back without it, and we met half way.

“Luke! What the hell is it with you and teal, anyway?”

Luke was a great retriever, but for some reason he resolutely refused to fetch either green or blue-winged teal. I grabbed his collar and turned himto swim at my side. Then, I walked to the little duck, put it in his mouth, and said in a low, menacing voice, “Now… you fetch this bird.”

A few yards from the blind, I stole a glance over my shoulder, and saw him behind me, without the duck. “Fine!” I said, turning around to make the long retrieve. “Go lay down!”

The shooting was fast and furious, and as we neared our limit, Tennessee made a beautiful, high, crossing shot. The widgeon folded cleanly and sailed into the grass on the building wind. This was the type of retrieve where Luke shined; he had a flawless nose. “Nice shot!” I said, stepping out of the blind. “Luke didn’t see the bird fall. I’ll get him started.”

We found the bird easily enough and were on our way back, just a dozen yards from the blind, when I noticed movement out of the corner of my eye. I knew in that instant what was about to happen. Everything was crystal clear, and in slow motion. Two pintails sailed through the decoys, and I watched New Jersey catch sight of them and come to his feet. His eyes were fixed on the birds as the shotgun came to his shoulder and he began to swing. He might have heard my scream, but neither of us was unable to stop what had already been set in motion.

The shot charge lifted me off my feet, and I remember thinking that it felt as if someone had thrown a fist full of ball bearings at me. I wondered how something as small as birdshot could feel so big, as I fell into a heap with one of my arms twisted underneath. “Luke?” I said. My mouth filled with a coppery taste.

I blinked, and when my eyes opened, saw three ducks wiffling into the decoys. How beautiful. I thought.

“More scared than anything,” he said. “It’s a good thing they weren’t flying any lower.”

“Always could,” he said.

“I wouldn’t say that just now.”

When Steve flew over, he saw Luke and Tennessee standing over my body. He circled once, so low that I could clearly read his lips as the plane roared past. He landed short, on the windward side of the peninsula, and ran up to us a few minutes later.

“What happened?” he asked, doubled over, out of breath.

Steve and Tennessee carried my body to the plane, and Luke followed with my hat. The other guy was behind. No one said a word.

Swells of salt water washed over the floats as the body was loaded. Everyone was in, except Luke. “Are you sure you want me to go?” He asked.

“Yeah,” I said. ”Someone needs to take care of Lisa. This is really gonna to wreck her.”

“I suppose you’re right. You going to be okay?”

“Yeah.” He said, and turned to climb into the plane. “Hey,” he added, looking back one last time. “You know… the thing with the teal?”

“I was just fuckin’ with you.”

I laughed out loud as he disappeared through the door. Then, as I always had, I grabbed the tail rope and pointed Steve into the wind. 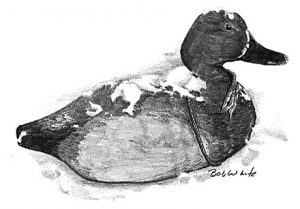 The engine coughed to life, and Steve eased the throttle forward, timing his rotation with the cresting of a swelling wave. I waved goodbye as he turned downwind toward the lodge and Lisa.

As darkness fell across the land, I stood with my face to the wind, and watched twenty-foot waves crash onto the marsh. It was a wild and wondrous sight I left behind that evening as I made my way to higher ground.