These Are a Few of My Favorite Things 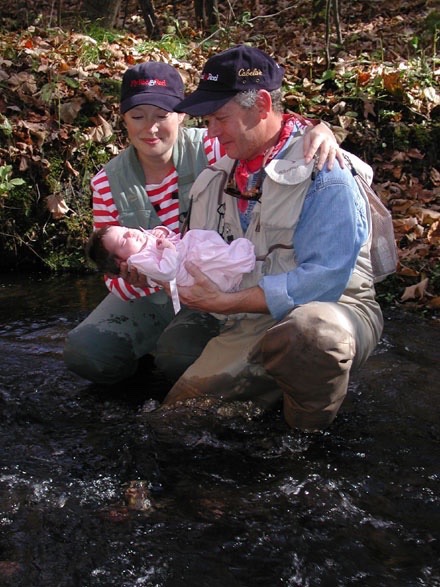 “One swallow does not make a summer.”
Aristotle

A summer in Alaska is like three seasons anywhere else. In mid May, when the crew arrives at the lodge, there’s still snow on the ground and ice on the lakes. In a few weeks, the snow has retreated to its shadowed redoubts, and late at night the rotten ice flowing through the narrows makes a soft tinkling sound, like ten thousand tiny wineglasses toasting the New Year.

By mid June the ground is soft and ripe in its melting, and the first hues of pale green steal across the rust-colored hillsides. Migrant birds arrive daily and their calls become a part of the day.

As pregnant spring races toward the longest day of the year, summer is born and the land explodes in a verdant lushness that belies its northern latitude. The fourth of July passes with hardly a notice. The birds of the year hatch, and their parent’s songs stop. The first of the swallows take flight, and the odd, cow licked merganser chicks learn to dive for their own food. The rotund little scoters have finally figured out how to fly, and just as suddenly, August ends and September arrives.

As September passes, cool evenings rush forward, and the late morning sun casts long purple shadows across the land.  Mountainsides change to yellow and gold, and the tundra becomes a riot of purples, reds and oranges. Low bush cranberries ripen, and add pungency to the morning portage, and one by one, the birds disappear, first the swallows and then the sparrows. Young scoters, flying awkwardly in a loose formation with their parents, circle the lodge in long practice flights, and then too, they’re gone.

There’s often a heavy frost after the workday ends, and the crew gathers at the Back Forty. The bon fire, once ornamental, has become a welcomed necessity. As September deepens, so do summer friendships, and the circle around the bonfire grows tighter in response.

“One more week,” Rusty said as he tossed a log onto the dying fire.  A column of sparks erupted into the dark sky. “I can’t wait to get to Anchorage.”

“Are you going to travel this winter?” Steve the pilot asked Karen, one of the lodge gals.

“Back to Kodiak, to fly out hunters,” he responded. “Then, on to Washington for a while.”

“It’ll be good to get home and see the kids,” my wife Lisa interjected. “I can’t believe they’re already in school.”

“I got a letter from my daughter Jamie the other day,” I said, holding out my tin cup to Rusty so that he could a splash a bit more whisky into it. “Her class had an interesting assignment. Everyone had to write down ten of his or her favorite sounds. They made a list of everyone’s choices on the blackboard and compared them to see how many were shared, and which ones were most common.”

“Did Jamie tell you what her favorite sounds were?” Lisa asked.

“I’m not going to tell you because we’re all going to do the same thing right now,” I answered. “It’ll be fun.”

“I’ve got drawing paper and pencils in my backpack,” Karen said.

Rusty scowled as they were passed around the fire.

“Well, if we have to do this, we’re going to need some help,” Rusty said as he walked around and splashed a bit more whiskey into everyone’s cups.

“Stop cheating!” Lisa said, elbowing me in the ribs, as I peaked over her shoulder.

“This is harder than I thought,” the pilot said.

“I’ll start,” I said. “One of my favorite sounds is the call of the gold-crowned sparrows in the spring.”

“The cry of an osprey.” Steve added.

“How about a Bull Moose grunting during the rut?” Rusty asked. “I’ll go next… a reel screaming with a big fish on!”

“I hate the rain,” Rusty said, taking a sip from his cup. “One of my favorite sounds is a Beaver coming to fetch my wet and wrinkled ass at the end of a cold, rainy day!”

“One of my favorite sounds is when my Beaver starts on a cold morning,” Steve replied, changing the subject.

“And, the sound of my outboard kicking in on the first pull!” Rusty rejoined.

“I love listening to waves on the shore, after a storm,” Karen said.

“I like the sound of waves lapping on my floats,” said Steve.

“I like the sound of the ice going out in the spring,” Rusty added.

“All right,” Lisa said. “I like listening to children laughing while they play.”

“Kids playing ball in the street.” I said without looking down at my list.

Rusty was getting into the spirit of things and got up to make another round with the whisky. “No thanks,” Steve said, turning his cup over. “I’ve got an early trip in the morning.”

” I love when Bob sings the kids to sleep,” Lisa said, leaning into my shoulder.

“I’ve got, ‘Christmas carols’ on my list,” Steve said.

“I like the sound of an axe being filed,” Rusty added.

“Is there anything as magical or lonely sounding as the wind in a salt marsh?” I asked.

“Maybe the sound of a ship calling in the fog,” Steve answered.

“Or, the call of wild geese in the night sky,” Karen joined in.

“I like the sound that a dry match makes when it’s struck,” Rusty said. You could see his breath in the cold night air. “And, wood being split.”

“I like the sound that spruce makes when it pops in the fire,” Steve added.

“I like the sound my teapot makes when it whistles,” Karen said.

“I like the sound that Luke makes when I scratch him between the ears,” Lisa said. Luke’s tail came alive at the mention of his name. “And the sound that babies make in their sleep.”

Steve and Rusty stared at me with question marks on their faces; I must have looked like a deer in the headlights. I shrugged as Rusty walked over and filled my cup to over-flowing.

“Better you than me,” he said under his breath as he sat back down on a stump.

Steve shivered… it was not from the cold.

“I love thunderstorms,” I said, changing the subject.

“I like the sound of a big storm at night too,” Karen added.

“I like the thunder a herd of caribou makes when it’s on the run,” Steve said.

“I love the sounds of summer at home,” Lisa said in a far away voice, “like hummingbirds outside our bedroom window, or the Phoebe’s song in our back yard, or cicadas calling on a hot August afternoon.

“Me too,” Karen added. “I love the sound of spring peepers, tree frogs, and crickets fiddling late at night.”

“I like the sounds of fall,” Steve said. “Dry leaves rustling in the wind, and water dripping off of my canoe paddle.”

“There’s nothing like the sound of ducks tearing overhead with their wings set,” I added.

“Winter’s my favorite time,” Rusty said, and then imitating Robert Service, he continued. “Have you heard trees explode from the shear cold of it? Or the rumble of an ice-lead as it passes under foot… or the crackle of the northern lights?”

“Look!” Lisa called out, pointing to the sky. The northern lights shimmered and danced overhead.  Everyone was quiet, hoping to hear them snap. Karen sighed and held her cup out to Rusty for another touch of whisky. As he poured, a single tear rolled down her cheek. “I’m really going to miss this place,” she said in a rather small voice.

“You never really leave this place,” Steve said, staring into the fire. “You only go away for awhile.”

“And, when you’re away, it’s always with you.” Lisa added.

“Sometimes a touch of whiskey makes me cry too,” Rusty said, trying to be helpful.

“Oh, the whiskey doesn’t make me cry,” Karen said, an impish smile crossing her face. “It just flavors the tears.”

That night, as we walked back to our cabin, I asked Lisa, “Do you realize that all but one of your favorite sounds is from home?”

“Yes,” she said. “Wouldn’t you like to stay home and have a baby with me?”

“I suppose this’ll be our last summer in Alaska,” I said, with the realization that Steve and Rusty had seen it coming all along.