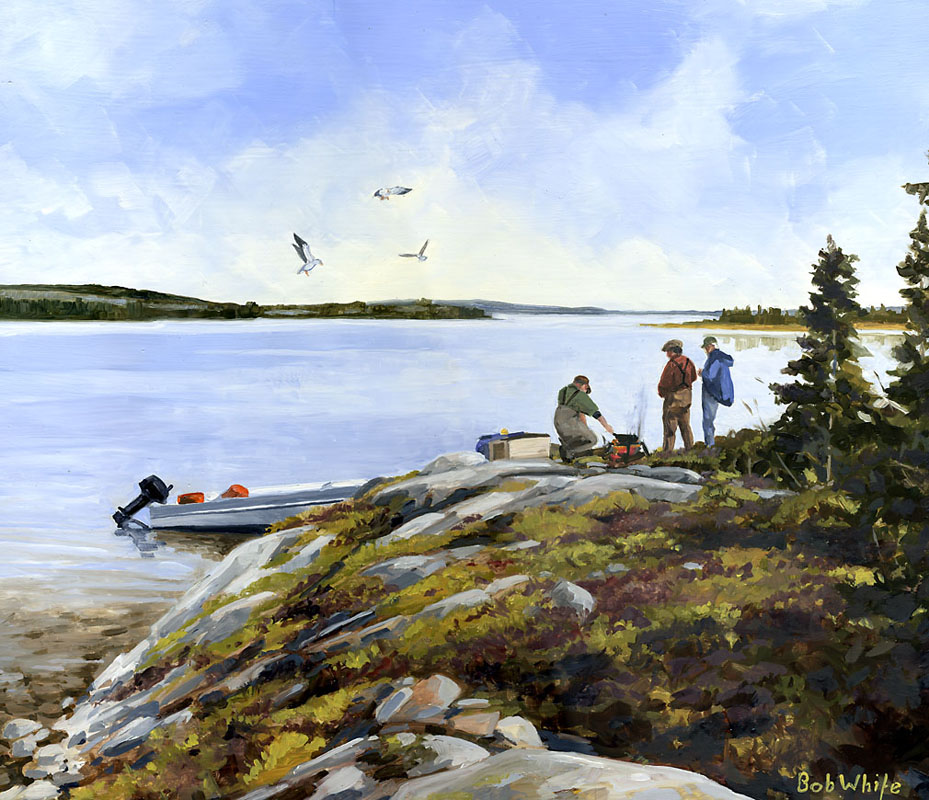 “When the amount of a tip begins to hurt,” he said. “That’s just about right.”
-Ronnie Olsen – outfitter and guide

I poked my toe into the fire, kicked a log, and sat back to watch the resulting tower of sparks climb high into the western sky. As the embers slowly disappeared into the soft dusk, I smiled to myself and took another sip of whiskey from the tin cup that Rusty had produced from the old and decrepit log cabin that marked the back forty. It was good to be back in Alaska for another season.

I could string together a bunch of superlatives… big and meaningful stuff, and try to tell you how it felt to be back, sitting next to that fire with my friend, but I’d fail miserably.

Until you’ve been somewhere that’s become the anchoring point for the rest of your life, it’s impossible to know what it feels like to go back. If you’ve spent time in a place like that, and have the opportunity to return… then you know what I’m talking about.

It was the beginning of another season, and in the past few weeks, with a lot of backbreaking work, the lodge had been made ready for business; everything was hooked-up, running, and clean. And somehow, in addition to all of the long hours, and the endless chores, the new guides had also been trained. We’d just finished our first week with guests, and were about to celebrate the occasion with the first crew party of the season.

Over the course of the summer these seemingly impromptu gatherings would become the cement that bound us together as a team. In reality, it felt more like a family.

“So, what d’ya think?” I asked, holding the old tin cup out to Rusty for a refill.

“The crew? Oh, they’ll do,” he said splashing a bit more of the amber liquid into my tin cup, “they’ll have to, won’t they? The few that can’t make it will get a plane ticket home. Just like every season.”

“How many years is this for you?”

“I didn’t think you’d make it through that first season,” he said.

I was about to say something clever, when I realized that Rusty was serious; I probably should have been fired that first summer. There had been a lot of luck involved in my survival as a new guide, and it set me to thinking about those early years.

Word had gotten out about the get-together at the back forty, and my musings were interrupted by the first of the crew that began to drift down from the lodge. There was an old dented washtub filled with beer cans floating in lake water, and the first two guides to arrive grabbed a couple of them before sitting down next to the fire. Three more guides materialized at the sound of the beers being opened.

“It’s nice to know some things never change,” Rusty mumbled, and then said loud enough for all to hear. “Beers are on The Boss! He’s so relieved that everyone survived the week that he’s feeling generous.”

“Speaking of generosity,” someone said from the now completed circle, “did anyone hear how we did on tips?”

“Yeah, how’d we do on tips?” Someone else asked.

“I don’t know how anyone else did,” said a new guide from Montana, as he held up four, crisp one-hundred dollar bills, “but I cleaned up!”

There was a low animal noise as Rusty passed through the shadows. When he struck, he hit those bills like a river otter taking a small trout.

“I guess you didn’t hear how things work around here,” Rusty said before the kid could blink. “Around here every one gets the same share. We split tips equally.”

“But my guests gave that to me… they said it was the best day of fishing that they’d ever had!”

“Your guests?” Rusty laughed. “So, where’d you have your big day, kid?” he asked in a softer tone, as he folded the money into his shirt pocket.

“And, who showed you, and all the other new guys how to run the river without killing anyone, and where to catch fish?”

The kid looked at me.

“How’d you get there this morning,” Rusty continued. “Did ya swim?”

The kid’s gaze shifted to one of the pilots.

“Did ya make your fishermen a shore lunch?”

“And, who taught you how to do that?” Rusty asked, and then answered the rhetorical question, “I did.”

“But nothing,” he said. “You had everything you needed in your grub-box for lunch, right? Who do ya think organized and packed all that before dawn? Who got it down to the dock and made sure that it got loaded into the right floatplane?”

“Did your boat leak? Did the motor start up? Who do ya think made that happen… a little fairy?”

“Get this straight,” he said. “Around here everyone’s an equal; we all work just as hard as the next guy. We get the same hours of sleep, clean the same number of fish, and carry the same load.”

“So, at the end of the week, we put all of the tips together, and they get equally divided. The Boss and the Missy don’t take a cut, and the pilots don’t get any more than a fish-boy,” Rusty said in a kinder voice. “It’s the only way that it can work, kid.”

“Everyone understand?” Rusty asked, sitting down on a stump and holding out his tin cup for me to refill. “All of this talking is gettin’ me thirsty.”

There was a general mumble of agreement from within the circle, and two or three of the other guides shuffled into the light, and quietly slipped Rusty their tips, as well.

“Gawd, I love the smell of them new bills, I surely do.” Rusty said as he added them to the growing pile in his pocket.

“What’s the best tip that you ever remember, Rusty?” Someone asked.

“I don’t quite recall the biggest,” he said gazing into his cup as he lovingly swirled around the amber warmth. “Tips are a lot like fish… every once in a while you remember the big ones… but it’s the ones that get away that you don’t forget.”

“The dad was so tight he squeaked when he walked,” I added.

“Tight?” Rusty said, “Waugh! This guy was tighter than a moose’s ass during black fly season! They never left a tip… ever.”

“Was something wrong?” One of the guides asked. “Didn’t they catch fish?”

“Did the flying scare them?” One of the pilots wanted to know.

“Was the food bad?” Inquired the new chef.

“Were their rooms messy?” Lisa asked, continuing the line of questions.

“Nope, none of that,” Rusty said. “This fella just didn’t believe in tipping. Said that he recommended us to his friends… and that ought to be enough.”

“They never left anything?” Someone asked in disbelief. “Ever?”

“Well… come to think of it,” Rusty chuckled, “out on the Kulukak they did leave us something; what was left of the kid’s peanut butter cookies, and the old man’s whiskey.”

“At night, just before we all turned in, they’d give us a box of the kid’s goodies to put into our tent for, safe keeping, because the kid was terrified of bears. In the morning, we’d hand it back; it was understood that we weren’t to have any.

On the last day, before they got on the Beaver to go back to the lodge, they’d announce to us that we could have whatever was left in their tent.” Rusty paused, and took another sip from his cup. “Four or five peanut butter cookies, and a couple of inches of whiskey! By gawd,” he moaned. “It made me want to give up peanut butter cookies!”

“I’d of fixed them,” one of the young guides said, “there’re ways to get even with guys like that!”

“You’d think that something like that would have eventually happened,” I said, “I’ve heard all sorts of stories; guides filing the points off of flies so they don’t land fish.”

“Or, cutting their backing,” another veteran guide said, “and then winding the fly line back on their reel. A guy can fish that way for almost the entire week before the biggest fish of his life hits… and then disappears as the line snakes through their guides.”

“I once heard of a guide who offered to take photographs for his fishermen all week.” I added. “When the film was developed, everything was cranked way out of focus… except for the shots of big fish. Those shots were in perfect focus, but the fisherman’s head was cut off.”

Rusty looked at me and shook his empty tin cup for another refill, and I obliged. “The interesting thing…” he said eye-balling how much whiskey I poured him before continuing, “is that these two guys always got the very best of everything that we had to offer.”

“No one ever got better service,” I added proudly. “Tip, or not.”

Rusty was looking into the dying fire, and drifting far away. “The point really isn’t about the tip,” he finally said, “it’s about doing the best job you can. If we have fun, work together, and do the best job we can… well, sometimes that’s the best reward of all. Besides, the whiskey was good, and the cookies weren’t half bad.”

The tub of beer was empty… and it was getting late. The crew began to drift away toward their bunks, and in the end only Lisa, Rusty, and I remained.  During the last hour’s conversation, the spruce rounds we’d been sitting on had moved ever closer to the glowing mound of coals that remained.

“I think that they’ll do just fine.” Rusty said, and Lisa and I nodded in agreement. “Lesson learned.”

In just a few, short weeks another summer at the lodge would pass into history, and no one would remember the tips.