By Lisa WhiteDecember 31, 2016Adventures
No Comments 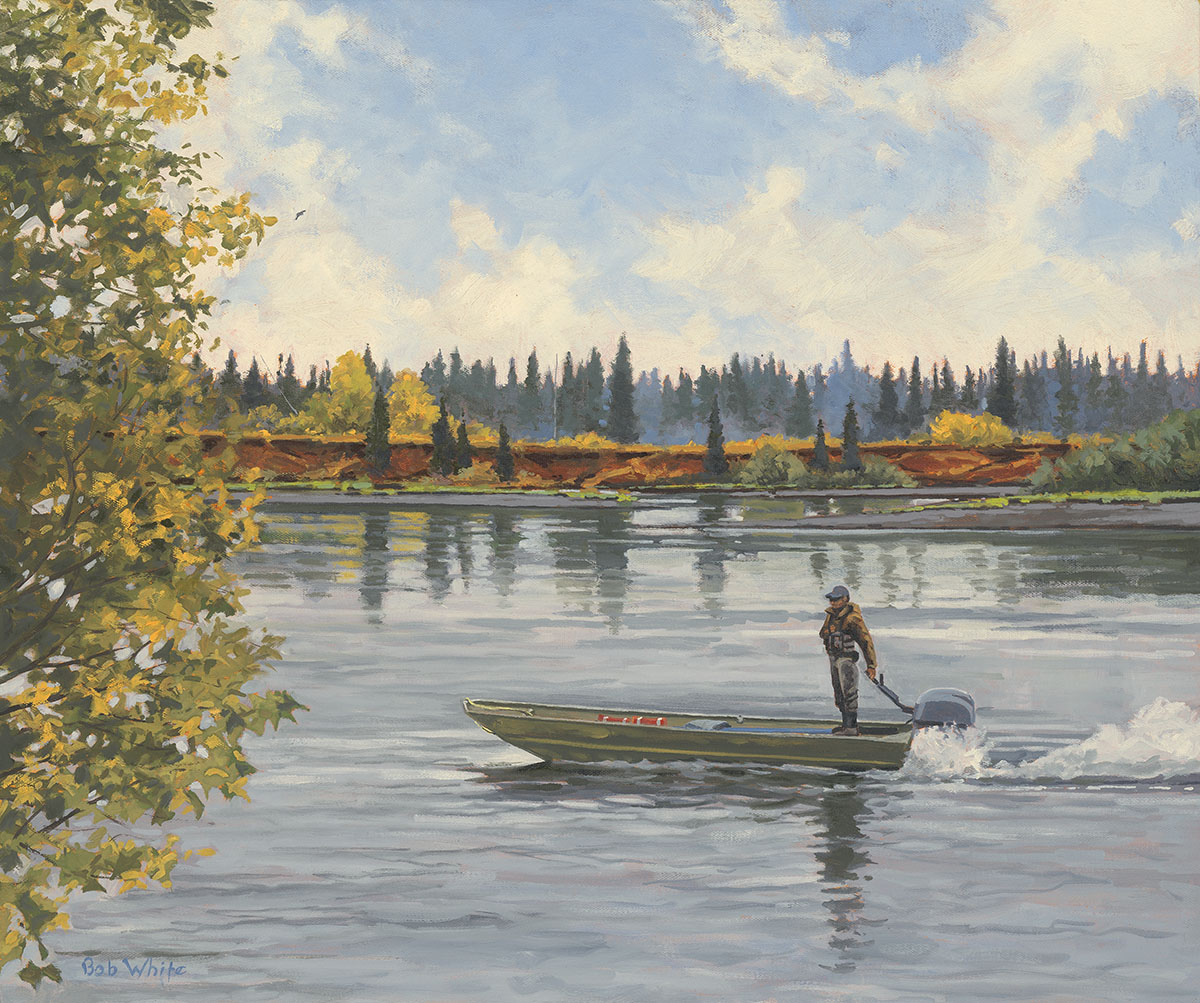 “I don’t get it,” my son, Jake, said in a discouraged tone. “I listen to everything in class, take notes, and when I get home, it’s all gone. Can you help, Dad?”

I’d been quietly painting, and secretly hoping that he’d figure it out on his own; math was never my strong suit. “I’ll try,” I said, and then added as a disclaimer, “but it’s been a long time.”

Lisa looked over her desk, and saw my distress. “Why don’t you keep working, honey,” she said. “I’ll help.”

“I should just cheat like the other guys.” Jake said, as Lisa sat down next to him.

“I was failing college algebra,” Lisa resonded. “And, the only reason I passed was because a friend got me a copy of the test. I worked out the problems and carved the answers into my pencil.”

“No kidding?” I asked, looking at my wife in a whole new light. “I hate to admit it, but I did something even worse.”

It’s a rare event for a fourteen-year-old boy to hear his parents freely confess the sins of their youth, and Jake put his pencil down to listen.

“I was failing trigonometry in my senior year of high school. ” I said. “My best friend was in the same boat.”

Do I really want to tell my son about this? I thought… oh hell, why not?

“So, one night we broke into the school’s testing center and stole the final trig exam. It was like an episode from ‘Mission Impossible’.”

“Didn’t they know which test was taken? They could have just changed the test,” my son pressed.

“We made sure to take one of every test in the cabinet.” I answered. They would have had to replace them all.”

“Cool!” He said, with just a little too much enthusiasm.

“Don’t ever let me hear of you doing something like that,” I said. “I could have, probably should have ended up in jail. A thing like that will change your life. Besides, now I feel really bad about it.”

“Yeah,” Lisa said, trying to spin some damage control. “I still feel bad about cheating on the algebra test. I was relieved to have passed, but it felt icky, like I’d let myself down.”

“Lisa’s right,” I said. “It seems to me that there are two kinds of cheating. Most cheating is about being lazy and taking the easy way out. That’s the worst form of deception, because you cheat yourself. Cheating is always dishonest, but sometimes it can serve a purpose, and no one loses anything because of it. Cheating is nothing to feel good about, but sometimes, it might be justifiable.”

“What do ya mean?” Jake asked.

“Well, I’ve heard of certain guides that have bent the rules a little to help their clients catch a few fish,” I said. “The fish were all going to be released anyway, and it only happened when the fishing was really tough.”

“So how did you… err… those other guys cheat?” Jake asked.

“Sometimes what’s called cheating is really just a new and unconventional way around the established methods of the day.” I began. “In the old days, on certain streams in England it was thought improper to fish with anything but a dry fly; it was considered cheating to fish a wet fly or a nymph. Interestingly enough, it was a guide and river keeper, Frank Sawyer, who developed the pheasant tail nymph, and popularized the method of fishing it.

Today, nymph fishing is a perfectly acceptable, but it wasn’t too long ago that fishing one with an indicator was considered cheating by ‘traditional’ nymph fishermen.

In New Zealand, there are certain rivers where you can’t use lead shot. The guides get around the rule by tying a fly that has lead dumb-bell eyes and a body of copper wire. They tie another nymph to it, and guess what? It goes right to the bottom. Cheating, or an innovation?”

“How’d you and your friend break into your high school?” Jake asked, getting back to the juicy stuff.

“A few years ago, in Alaska,” I said, ignoring him. “Some of the guides started to use plastic beads instead of yarn glo-bugs to imitate salmon eggs. Everyone thought it was cheating, until they got their hands on them.”

“Sometimes what people call cheating is really just a way of making things a bit easier, or being more efficient.” Lisa added. “Remember how upset some of the guides in Argentina were when you showed up there with your little stomach pump?”

“Sure. You catch a small fish and pump his stomach with a bulb syringe, squirt it into the palm of your hand, and find out what they’re eating. In the old days, people would kill and gut the first fish they caught to figure it out; the pump seems a bit more humane to me.”

“What else have you done?”

“I used to go out after lunch, while all of the other guides and fishermen slept siesta, and fish the water that I planned on taking my clients to that evening.”

“That doesn’t seem fair to the guests. Why’d you do that?”

“To find out where the fish were.”

“But, they’d have a sore mouth and not bite.”

“Not if the fly had no hook,” I answered. “I used to cover the water with a big hopper and let the fish take the fly and spit it out. It was a great way to locate fish.”

“In Alaska, I used to make jalapeno corn bread in my Dutch oven for lunch. There’d always be a bit left over, and when I cleaned up and tossed the scraps into the river, the trout would go nuts. A piece wouldn’t float ten feet before it was inhaled in what looked like a toilet flush.”

“Yeah, so, I tied up a ‘corn bread’ fly. It was just a dirty-yellow bunny pattern. That fly caught fish after lunch ’til hell wouldn’t have it. The guests used to take turns with my rod while we guides got ready for the afternoon.

“I suppose it was, but it wasn’t a deception. We didn’t call it ‘fishing’; it was just a fun thing to do for a few minutes while lunch was cleaned-up.

“So when does it become cheating?”

“I don’t know, maybe when you juice your flies with herring oil and don’t tell your fishermen… or the other guides. Do you see the difference… the deception?”

“A lot of guys used to do ‘the blind guide shuffle’ on the river,” I said. “Every time they’d kick over a rock, or turn up some moss, dozens of nymphs would trail off down stream. Before you knew it… there’d be a bunch of big fish working behind the boat.”

“If it was a tough day, or my fishermen couldn’t cast very well… yeah, I’d kick a few rocks. I wanted them to have a good day.”

“What are some of the worst things that you… err… those other guys did?”

I knew that eventually the conversation would come to this; every boy wants to know all about the worst things his father has ever done. Perhaps, it makes us seem more human and accessible.

“Once, we had a really bad spell of weather at the lodge. It was too foggy to fly and too windy to take a boat out on the lake. After two days of constant pounding from twenty frustrated fishermen, all of the fish in front of the lodge were plenty tired of being caught.”

“Late that night, a bunch of five gallon buckets with holes drilled in them were filled with salmon eggs, tied to an anchor and dropped off in various and key locations in front of the lodge. The fishing was pretty good the next day.”

“Well, that was a problem, it was so effective that it got a lot of the guides thinking… and that can be a very dangerous thing for a fishing guide. It creates a lot of mischief, and gets them into no end of trouble. One of them took to crushing salmon eggs in his fly boxes so that all of the flies were soaked in egg goo.”

“It worked great, except that this guide had enough trouble just remembering to brush his teeth once or twice between pay checks. After a week or so, those boxes began to smell so bad that no one wanted to fish with him, even if they could catch every fish in the river. Remember when the dog found that road kill a few years ago… that’s what rotten salmon eggs smell like.”

“Then one of the guys decided to make, what he called, ‘egg depth charges’. These were little sacks of moline, filled with salmon eggs, with a little rock in the middle. As he ran up river in the morning, he’d toss them out in likely spots. Then he’d drift his fishermen back down the river, paying particular attention to the holes he’d salted with his bombs.”

“It worked like a dream for almost a week. He was a regular grand-slam-hero with all of the guests, until every sea gull in southwest Alaska figured out that he was the ‘candy man’, and started to follow him in droves where ever he went. They were relentless in their pursuit. Even if he fished a different river they seemed to find him. It was a small flock at first, but the numbers grew daily until he was forced to change rivers. Eventually, no one wanted to go out with him because they’d all come back to the lodge covered in sea gull poop. Have you ever smelled sea gull poop? It’s worse than a dog fart!”

I remember one guy who’d slip salmon eggs into his wading boots. As he walked the boat down the river, the goo would squirt out with each step he took, and the fish would flock to his boat. He was smart; he’d always worked the worst, least productive water. This was water that every other guide avoided like a plague. For weeks he was the envy of every guide working the river. This guy was catching fish, hand over fist, and in places where no one else even dared to walk his boat. That was a true stroke of genius.”

“By late September the big char began to filter into the river to feed. Have you ever seen the teeth on those big guys? They’ll rip a pair of neoprene waders apart like they’re made of wet tissue paper. This guy had a real pained look on his face all one afternoon. At the end of the day, he stayed in the water while we loaded the Beaver, and the guests were gone. Only then did he hobble painfully to shore and sit down. His waders were torn to shreds from the knees down! He’d been guiding wet for the better part of the day!”

“And, I think it’s time that you wrapped up your homework,” I said. I was quickly running out of stories about other people, and would soon have to resort to those about myself.

“Let’s go down to the house, Jake.” Lisa suggested. “Where there’re fewer distractions.”

As they walked down the stairs, I heard Jake ask, “Was all that stuff really true?”

“Well,” Lisa said thoughtfully. “You know your father. He’s never let the truth get in the way of a good story.”