By Lisa WhiteDecember 1, 2016Adventures
No Comments 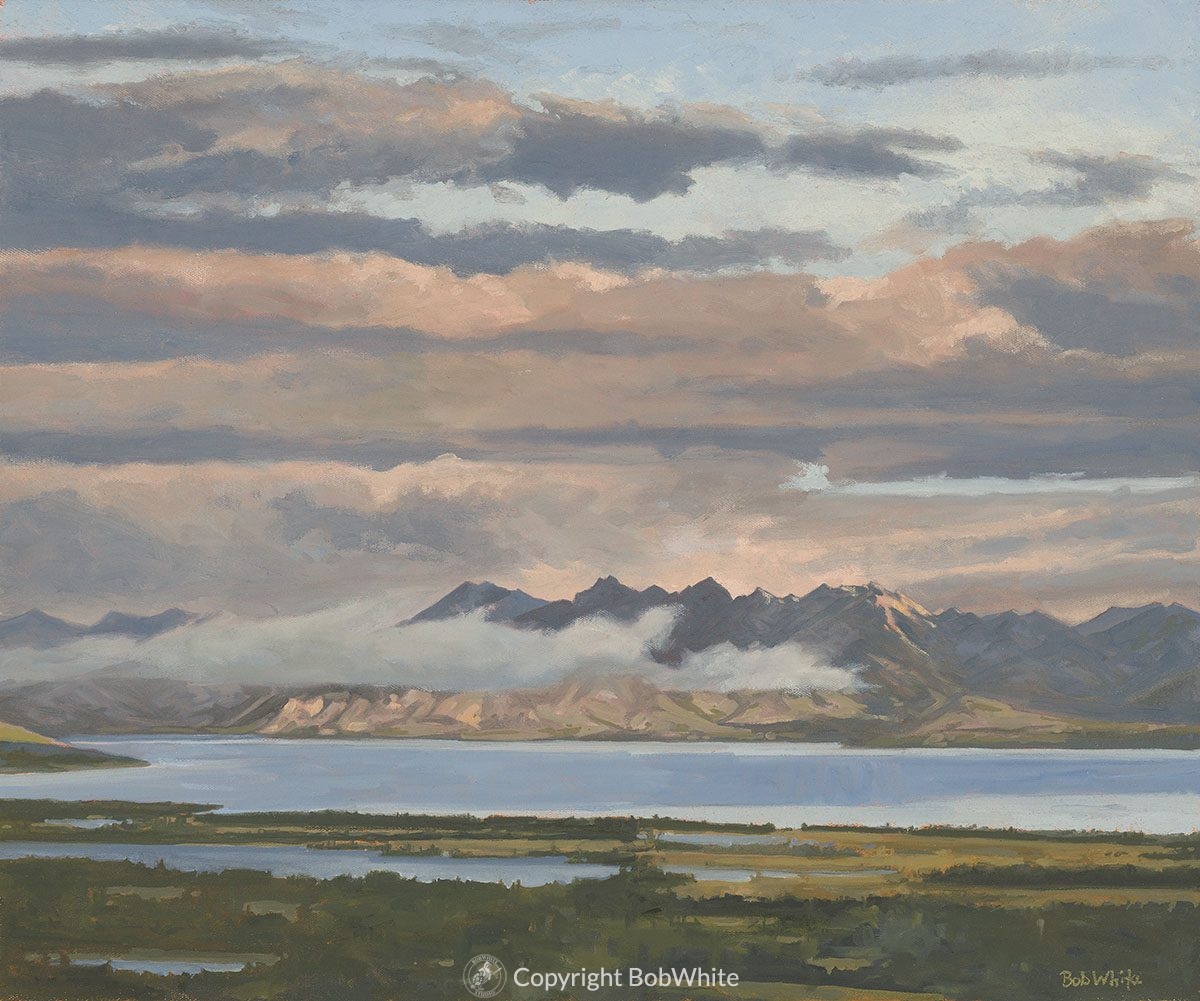 “If you want to build a ship, don’t drum up the men to gather wood, divide the work, and give orders. Instead, teach them to yearn for the vast and endless sea.” – Antoine de Saint-Exupery

The wet tundra went on forever beneath the dense layer of fog, and there was a distinct, knife-edged line between the two. The result of this was startling and unlimited visibility below, and above an ominous gray darkness.

The impenetrable cloud layer was falling quickly and had already obscured the slight rises of land that seemed to reach up to pluck us from the sky. To cross an enveloped ridge would break one of the cardinal rules of bush flying; never lose sight of land, and preferably water big enough land the floatplane. But, our options were disappearing as quickly as the landscape below us.

“I know it’s around here some place,” Larry the pilot said over the roar of the big radial engine.

He pumped in some flaps to slow us down and squeezed the de Havilland Beaver through a shallow saddle.

On the other side, we crossed a small stream and his gaze followed it, trying to find its distant source.

“Over there,” he finally said, as he dumped the flaps to gain airspeed for the tight turns we needed to follow the trace of water to its origin.

The pond seemed identical to the hundreds that had gone under our wings that morning, except that it was slightly larger and a bit elongated. At one end of the pond, near the mouth of the stream that drained it, there was a tiny shack. It was weather beaten and squat, and the highest thing around for miles.

Luckily, there was no wind, for there was no time to circle. Larry set up to land as quickly as possible, and once on the water we taxied to the old trapper’s cabin. As I tailed the plane and we lifted the heels of the floats onto the wet, yielding tundra the fog descended to the water. It was eerily still and we talked in whispers as if we might awaken someone inside the crude refuge.

The cabin was low-slung and sturdy, made weatherproof with the flattened tin from countless cans of Hill’s Brothers coffee and Blazo fuel. The colorful tins had been nailed on like shingles, and made the place look as if it was covered with a patchwork quilt. The small door, once opened, revealed a room barely tall enough to stand in, even at the ridgepole. There was a pallet for a bed on one side of the door, and a table under a tiny window on the other. Between the two, and against the back wall, was an impressive example of bush-ingenuity; a perfectly serviceable woodstove made from a twenty-pound coffee tin set on four stones. The round door had homemade hinges and a latch, with a simple yet effective venting system. The chimney was constructed of soup cans that had been wired together. All in all, the total sum of its parts had been repurposed.

“What’d you suppose the trapper used for fuel?” I asked. “There isn’t a tree around for miles.”

“There’s plenty of scrub willow and juniper. It wouldn’t take much to warm this place, and I’m sure he brought back a few sticks of wood with him from his trap line up in the hills. Why don’t you go find some twigs, and get a fire going,” my friend suggested, “and I’ll see if I can get the lodge on the radio and let them know where we are.”

By the time Larry returned a small, smoky blaze threatened to drive me from the cabin.

“All of our planes are accounted for,” he announced. “Spread out all over the place, but safely on the ground.”

We each pulled a wooden Blazo box up to the table to sit on, and stared out the window at nothing. The stove began to draw, the smoke cleared, and the room warmed. “You ever thought about flying?” Larry asked.

“Once,” I replied. “I almost had my private license, but then the divorce happened and I decided it wasn’t safe to fly around while I was pissed off.”

“I dream about it a lot,” I continued. “I have this one dream where something happens to the pilot and I have to fly the plane back to the lodge.”

“It’s just a dream,” I replied. “Anyway, in my dream I have to choose whether or not to play it safe; wait for someone to come find us, or load it up and fly it back.”

“What do you decide?”

“I always chicken-out and wait.”

“Yeah, I know… but it’s just a dream. You’d think I could have some fun and be the hero just once in my own dream,” I complained. “The funny thing is that one day, while I was guiding a duck hunt, the pilot decided to fly to the other end of the lake and do some fishing. It’s a shallow pond, and there’s no way to beach the plane and secure it, but it wasn’t a problem with an inshore breeze.”

“Yeah, you see it coming, right? The wind shifted and the plane drifted off. I watched it float down the length of the lake and decided that I better catch it before it was pulled into the creek that drains it.”

“Right before it went down the creek.”

“I tailed the plane and tied it up,” I answered.

“Yeah, but then I started thinking. You know, it was just like my dream. I figured that I’d start the Beaver and taxi back to the other end of the lake. Maybe, I’d step-taxi it for a while, and hell, since I was already on step, maybe I’d pull her off the water a few feet, just to see how it feels. If it felt all right,” I continued, “maybe I’d even circle the lake a couple of times before landing.”

“Are you nuts?” Larry asked in disbelief.

“So, I climbed in,” I said, ignoring him, “went through the preflight check list, hit the fuel boost and tried to start her.”

“She wouldn’t catch for some reason.”

“I boosted more fuel, and tried it again.”

“And, pooof! The plane caught on fire,” I said. “I must have over boosted it.”

“I jumped out of the plane and started splashing water up and under the cowling,” I answered. “The fire went out.”

“Not because of the water, you idiot,” he said. “The av-gas just burned off. Then what?”

“And, pooof!” I answered. “The same thing happened again.”

“After I got the second fire out, I decided to wait for the pilot to show up.”

“Yeah, sure.” I said. “Two hours later, the pilot shows up, on the other side of the creek, and asks in his Maine accent, ‘anybody seen my Beavah?’ There’s only one problem, he’s wearing hip boots, and the lake’s too deep for him to cross.”

“Well… he suggested that I taxi it across to him.”

“Hell no,” I answered. “Are you crazy? I stripped down to my long-johns and swam it to the other side!”

The fog had indeed lifted, and by the time the engine was warm, thin, pale patches of blue sky could be seen here and there. As we lifted off and turned away from the lake, Larry trimmed the plane and asked, “you want to take her back?”