A Letter to Libby 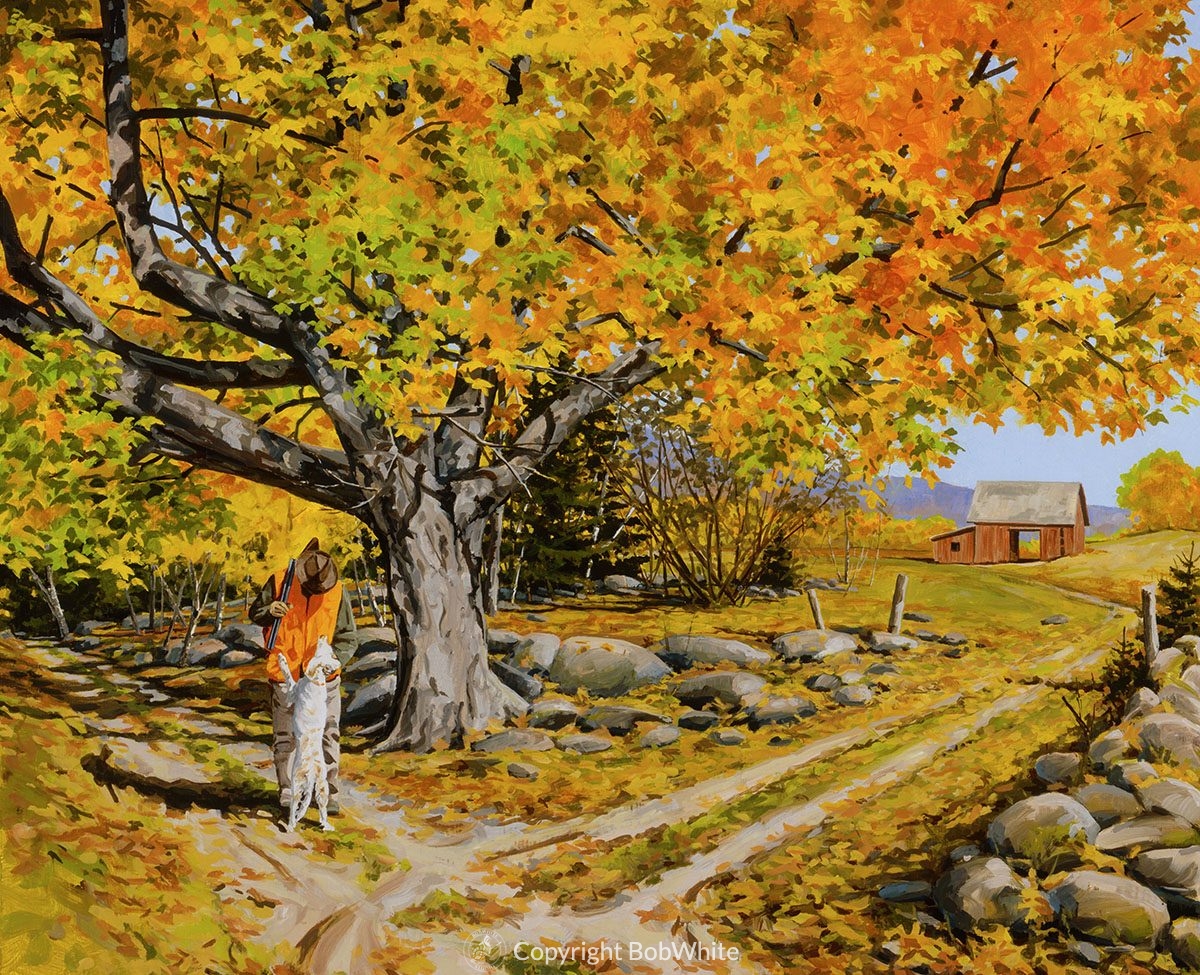 My friend Jay is an English setter guy. Ever since we were kids, he’s had at least one, and sometimes as many as three, and it’s been my good fortune to occasionally share in the fruits of his dogs’ labors.

Jay called the other day. “I’m headed over to Wisconsin to pick up a new puppy,” he said. “Would you like come with?”

“Nothing would be nicer,” I told him, “but I’m at deadline on my new column… and I haven’t a clue what to write about.”

“That’s too bad,” he replied. “Well… tell Lisa I’ll stop by on my way home and introduce you guys to the pup.”

Can any friend be more welcomed, than one who shows up with a puppy? Hardly! I melted, Lisa gushed, and even our own pup, a year old flat-coat retriever seemed impressed with young Meg.

Meg fell asleep on top of our retriever half way through dinner, and not wanting to disturb the dog’s slumber, the conversation took on the hushed tones of pilgrims in a cathedral. The conversation turned from puppies and the future, to the past and the memories of those dogs we’d known.

Dinner ended all too soon, and after lengthy goodbyes, and one last scratch of Meg’s silky ears, Lisa shooed me away. “You’ve got a column due,” she said. “I’ll take care of dishes, you go write!”

If only it were that easy, I thought to myself as I tossed a couple of logs on the fire, and sat down at my desk.

Nothing came to me, so I did what I always do when I’m stuck; I pick a book from the studio’s library and thumb through it to clear my mind. When William Harden Foster’s, New England Grouse Shooting, was opened, a piece of paper slid out and fell gently to the floor. It was a letter, sent to me years ago, by the friend who’d just left… a letter to one of his cherished setters.

It seems like just yesterday you were just a bouncing little pup playing with your littermates at your birthplace on the banks of the Boardman River.

Do you remember? It was the Fourth of July weekend when I drove twelve hours to pick you up, and bring you back to Minnesota. I’ll never forget the drive home. You slept the whole way on the bench seat of my truck…your head wedged against my leg.

That first season, when you were just a toddler, you came along on all of the hunts, and experienced the intoxicating smell of grouse and woodcock and burnt powder for the first time. Each day I would devote some special time to run you into a bird or two, and early on you showed me the gift of being able to find them. But the pointing… that element lay wanting, and you found joy in just putting them in the air and giving merry chase.

I’ll be honest…by the middle of your second hunting season I was wearing a little thin of that “find em’ and flush them” thing. I had even made noises to friends that maybe it was time to find a nice family that would like a pet. But then, the day before deer season would open and put an end to our hunting, at nearly 18 months of age…you pointed.

I refused to believe it when it finally happened… until I approached and saw “the look” burning in your eyes. Do you remember? Bob was along that day and I told him…”don’t miss!” Well, the bird came out of the deadfall and Bob connected. You were on that first bird in seconds, fussing with it and twisting with enthusiasm. Remember all the “good girls” and ear tussling that followed that first point?

As I recall, you had no time for any of it and just shot off down the swamp edge. By the time I gained my composure your bell had fallen silent. I looked to Bob and his expression said it all… this is too good to be true! Sure enough, seventy-five yards ahead, we found you standing again. This time there was a pair of birds.

On that day you went from never pointing a grouse to handling them as if you were a seasoned veteran. I had Bob take a photo of the first three birds killed over your points, and I’m looking at it now, as I write this for you.

Well girl, we’ve logged a lot of miles in grouse country since then, and you’ve developed into the finest of companions. Your abilities and the way you handle running grouse has earned you the affectionate nickname, ‘Weasel’. You sort of herd the running birds like a sheep dog until you get them into cover where they will sit. And, every once in awhile… I see your hidden puppy come out, and I swear you smile right before you lay your ears back, rush forward, and put the bird in the air!

Now, old girl, we’re heading into the extra innings of our life together, and when I look in your dark and sensitive eyes, I know you understand this. You realize that the responsibility of being top dog is being passed on to Sam and young Gus… just like it was when Per, Polly, Kelly and Ole relinquished it to you. I know you don’t fret on this, and several times this past year you’ve reminded me that grouse savvy makes up for your stiff joints and cloudy eyes.

Neither of us can know when your bell will fall silent for the last time… but when it does, I hope the heady scent of ruffed grouse is what you’ll remember, and the memory of all the wonderful times that this grand bird has afforded us, is what you’ll take with you.

I slowly folded the letter and replaced it, my mind now suddenly full of what to write.