Memories of Halloween Past

By Lisa WhiteOctober 28, 2022Adventures
No Comments 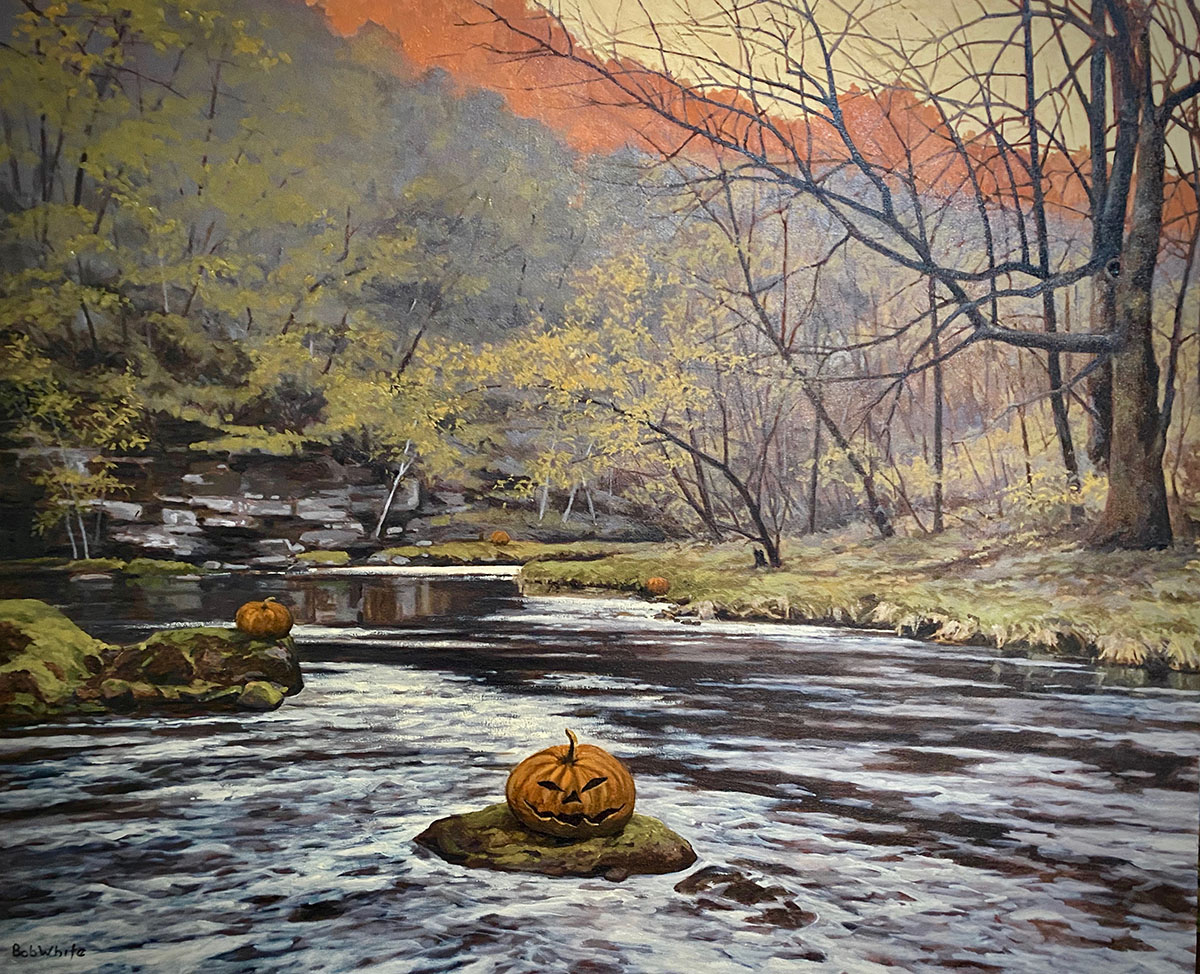 As a kid Halloween was one of my favorite holidays of the year; only Christmas ranked higher. What could be more fun than dressing up in a costume and wandering the neighborhood after dark with your buddies, scaring your sisters and their friends, and getting a pillow case full of free candy? It was every little boy’s dream! While Christmas was full of mystery and wonder, Halloween was just flat out fun… and for that short time between the ages of nine and sixteen (when a driver’s license changed everything), my friends in the neighborhood made the most of it.

When I was a kid, costumes were always homemade. Every mother sewed, and there was plenty of scrap fabric available. I remember wearing my father’s baggy pants held up with twine suspenders over a patched shirt with my face dirtied by a bit of burnt cork. An old hat with a red bandanna at the end of a stick over my shoulder completed my hobo costume. Another year my mother cut up a discarded bed sheet and wrapped me up as a mummy. There was an army surplus store in town, so going as an “army guy” was a snap. Can you imagine sending your son out on Halloween night with a toy M1 Garand?

As we grew older and became more prone to mischief, we decided that our costumes weren’t nearly as important as freedom of movement and concealment. We told our parents that the blue jeans, black sweaters, and watch caps were “commando” costumes, though none believed it.

My father didn’t help matters, when at dinner a few nights before Halloween, he regaled us with some of the pranks he and his friends perpetrated on Halloweens past.

“Did you know that if you drive a ten-penny nail into two trim-boards on the corners of a framed house and pull a carpenter’s string tight between them, you can make the whole house vibrate by strumming it? Windows will rattle and paintings will jump around on the walls.”

“Geeze, that’s cool, Dad… but didn’t they hear you pounding in the nails?”

“Nah, we did that after school when no one was around. Then, of course there’s the “bag-of-dog-poop” trick.”

“Tell us about that one, Dad,” I said, egging him on. I was already plotting which of the grumpy old neighbors would be the recipient of the prank.

“Well, you fill a paper sack with dog poop and set it on someone’s front porch. Then, light the sack on fire as you knock on the door, and then run like the dickens to watch the fun as he stomps it out.”

Unknowingly, my father had set on course a prank that would go down in the annals of neighborhood lore for generations to come. Three of us snuck up to Mr. Powischer’s darkened front porch with a grocery sack full of poop. One of us lit the bag afire as another knocked on the door, while the third stood watch. The door was pounded on one last time before we high-tailed it across the street and four doors down; diving into a privet hedge for cover.

The sack of shit burned brightly, licking at a porch post and wooden rail… but the light remained off. Perhaps, Mr. Powischer had gone to bed, or was listening to Harry Cary call the Cardinal’s game. Other porch lights up and down the street came on and neighbors came out to watch. Minutes later the volunteer fire department’s siren began to wail and we thought it best to take our leave, but we didn’t. We ran to the porch and stomped out the fire… and then, went home to hose off our shoes.