The Big Thing About Painting Small 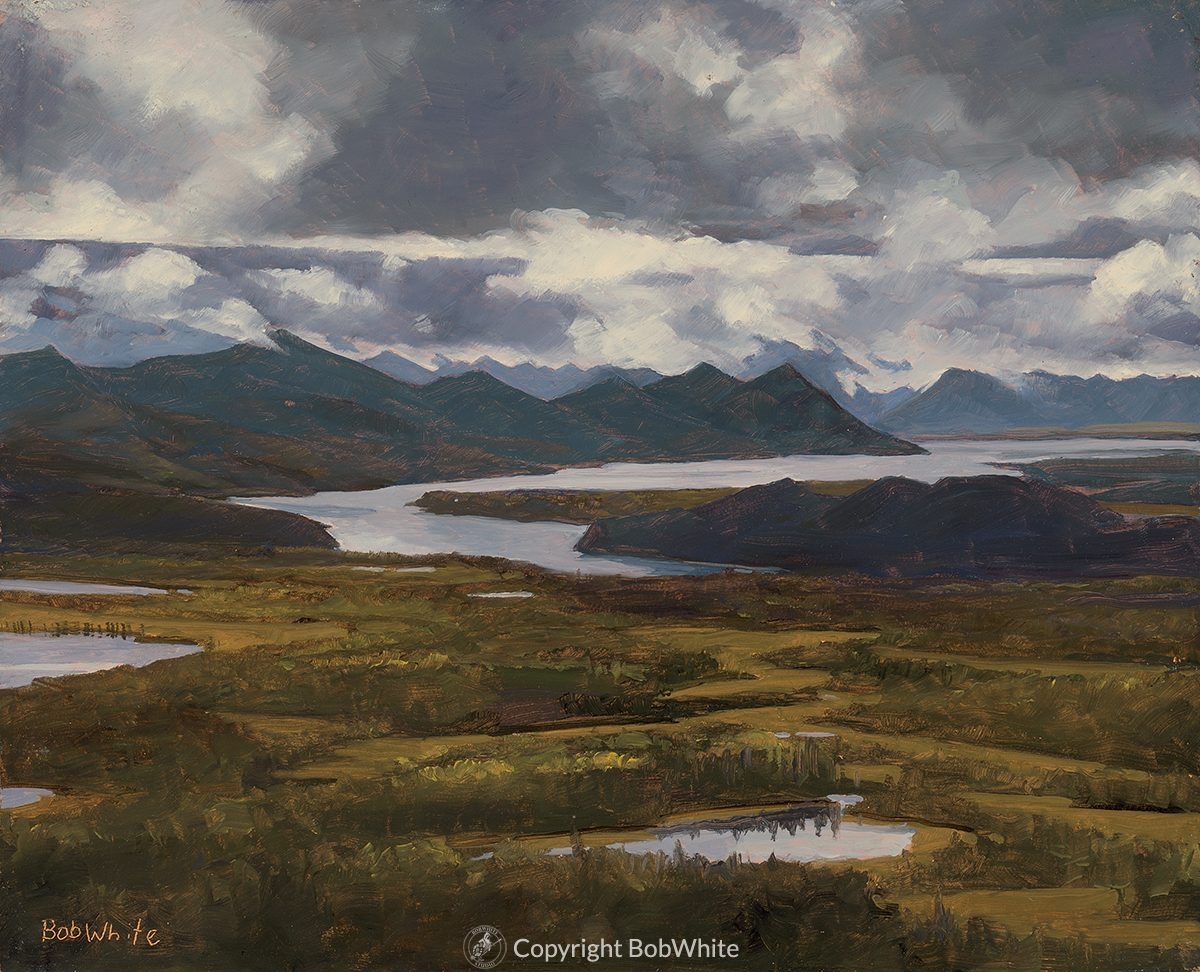 I owe a great debt to my high school art instructor, John Guciardo, for the many lessons he taught me about art and life.

He once challenged me to paint a series of small images with only one brush; nothing but a ¾ inch flat. It seemed to be an unreasonable and impossible task. At his insistence, however, I proceeded, and the resulting work was much fresher and painterly than any of my larger canvases, and each study was done, “ala prima”; finished in just one sitting.

It was an exciting revelation and I learned a lot from the experience. Consequently, I was keen to paint smaller and smaller. I even began to wonder if I wasn’t meant to become a miniaturist. My wise instructor had other plans for me, however. He chose one of the small six-inch by six-inch panels he fancied and suggested that I construct a six by six-foot canvas and reproduce the image in that larger format, with all of the same freshness and loose brushwork of the study.

Entire tubes of color were squeezed out onto a palette that seemed as large as the lid of a trashcan. Under the circumstance, my regular palette knives were ridiculously inadequate, and a drywall taper’s knife was employed. The smallest brush allowed was a three-inch trim brush.

I transitioned from a budding miniaturist into a future muralist in that one painting!

Of course, all along it had been my mentor’s intention to show me that the demands of painting large or small can be met by adjusting and matching my tools and vision to the size of the canvas. Now, decades later, I still make it a practice to occasionally scale down my work and relearn the lesson.

Both images were painted from the same stormy day in Alaska. 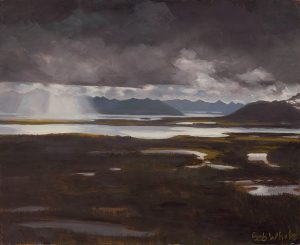 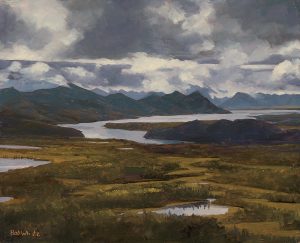